The Living In Aged Care Exhibition was held at the State Library of Queensland in February 2017. Part of a nationally funded study looking at life inside aged care, my images were featured alongside the photo voice images created by the residents as well as additional photographs taken by the staff of the facility and the research team. The images were often paired with quotes from interviews which were held by the research team, adding to the depth of the story to read the residents own words.

Many of the residents of the aged care facility were able to attend the opening. 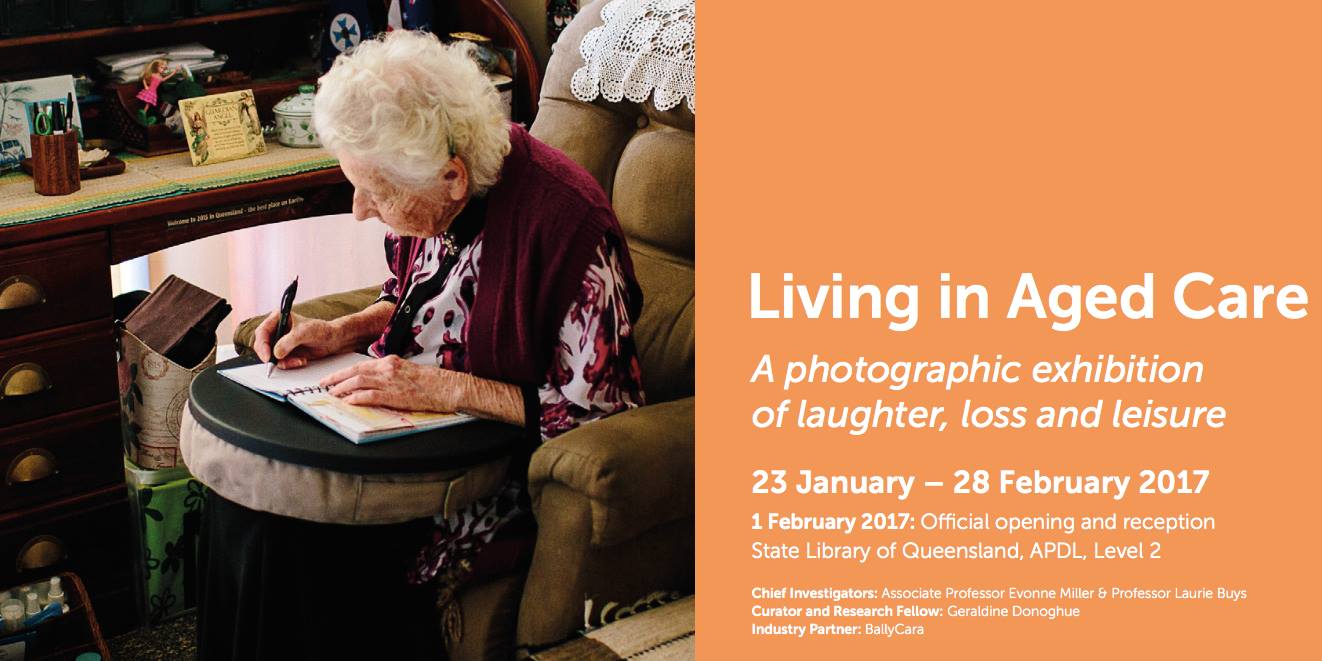